Partition stories often show the ugliness of humanity, some stories over burden the reader with explanation but there are some stories that clearly show the inflection point that started it all. The genesis of the violence that engulfed Punjab in 1947. And all this began on March 6th in the Rawalpindi district.

The Pindi Sikhs and Hindus were considered the cream of the Punjabi elite with their big Havelis in the Rawalpindi City. One such haveli was at the city's Chowk Saidpur. They were the major zamindars and businessmen, and also formed the educated class of the district. The Bedis, Suris, Sahnis, Sethis, Sobtis, Chadhas, Ahluwalias were the richest residents of Pindi, as they had lots of land, in different Canal Colonies of Punjab, and owned bungalows and palatial houses in Pindi. Next came the Khatris from Bhera which consisted of the Chopras, Khoslas, Bhatias, Bajajs, Kapoors, Sachdevas, Khuranas and others.

The pain of what they endured in the Spring of 1947 was the single most important event that bifurcated the Hindu/Sikh and Muslim relations forever. There is no event past or present that made this separation permanent in Punjab. If we look back in history to identify the single most important event of the 20th century that marked the beginning of this separation, it was Rawalpindi.

Author Bisham Sahni, brother of actor and writer Balraj Sahni, wrote this in his memoir "Today's Past" about the killings of the Sikhs and Hindus in the Rawalpindi District in March 1947 as one of the most heart wrenching event in the Partition saga. He had visited Thoha Khalsa and this event deeply affected him and Balraj Sahni till the rest of their lives. From his memoir:

The tribesmen of Murree attacked the Rawalpindi City and the villages of Thoha Khalsa (map), Doberan, Thamali, Kallar, Dera Khalsa and other parts of the Kahuta region on March 6th. These tribesmen were then joined by thousands of Muslim villagers of the district. Photographs of the aftermath can be seen here.

From the Panthic article:

All the Sikhs after hearing the emotional lecture of Sant Gulaab Singh agreed to move to his house. They brought all their money, jewellery and gold etc, along with them and assembled at his house. In total about 1200 Sikhs assembled at his house. They fortified the haveli by making bunkers and replacing regular doors with heavy doors. They covered the walls of the haveli with shields of iron. First of all they secured a large room and brought all Saroops of Dhan Siri Guru Granth Sahib jee over there. Over 36 saroops were brought to that room. Big tanks of water were filled and large quantity of fire-wood and grains was stocked up. They were in great danger, so they all started doing paath day and night. They asked Guru Sahib for strength to save their faith. On March 8, 1947 while the sangat was doing Siri Rehraas Sahib paath, many thousand Muslims came and surrounded the building.

They were shouting “Allah ho Akbar”, “Muslim League Zindabad”, “Kaffron ko Mar do” i.e kill the infidels. There must have been at least 6000 Muslims and all had weapons. Many had guns. Some were on horse backs and they were shouting anti Sikh slogans. They were uttering obscenities against Master Tara Singh and other Sikh leaders. The sangat kept doing simran of Vaheguru Vaheguru. The Muslim crowd assembled in the school building. It is not clear what was decided in that meeting but when they came out of the meeting they started burning the shops and houses owned by the Sikhs. Then they attacked the haveli where all the Sikhs were present. The Sikhs had some guns and they kept the crowd away.

The next day again the Muslims came back but this time they did not wait for the night. They came back around 10am. The Muslims again attacked but could not get in the haveli. Then the Muslims sent a representative to talk to the Sikhs and Hindus holed up in the haveli. Sant Gulab Singh refused to accept their conditions that they should disarm themselves.This way the fight went on for 2 more days. Finally on the last day, the Muslims came with bombs and said that they would bomb the haveli if the Sikhs and Hindus did not get out of there.

The Muslims promised by swearing on the Koran that they were only interested in the gold and money and not in killing anyone. The Sikhs and Hindus had no choice but to get out. They did ardaas and moved out, leaving all belongings behind.After they came out, they got surrounded by the large crowd of Muslims. The Sikhs and Hindus arrived at the sarovar of the local Gurdwara Sahib. The pathaans armed with latest weapons surrounded the Sikhs and Hindus sitting around the sarovar. The Sikhs were chanting “Satnam Siri Vaheguru”. By then about 10,000 Muslims came where the Sikhs and Hindus were. Along with them, they had a dozens of barbers lined up to cut the hair of Sikhs. Children were crying for food and milk. Old and young were helpless to do anything. The whole scene was a scene from hell.

Other reference material can be found here:

Eye witness account by Sardar Pritpal Singh of Thoha Khalsa, who as a young child attempted suicide along with his sisters and mother but survived somehow.

This video shows the well where Sikh and Hindu women jumped into to save their honor from the mobs.

Photographs of the survivors of Thoha Khalsa

Author Urvashi Butalia talks to the survivors of Thoha Khalsa and describes the events that took place in March, 1947 in the Rawalpindi district.

My name is Basant Kaur. My husband's name was Sant Raja Singh. We came away from our houses on March 12, and on the 13th we stayed out, in the village. At first, we tried to show our strength, and then we realized that this would not work, so we joined the morcha to go away. We left our home in Thoa Khalsa on the 12th. For three or four days we were trapped inside our houses, we couldn't get out, though we used to move across the roofs of houses and that way we could get out a bit. One of our people had a gun, we used that, and two or three of their people died. I lost a brother-in-law. He died from a bullet they fired. It hit him and he died. So we kept the gun handy. Then there were fires all around, raging fires, and we were no match for them. I had a jeth, my older brother-in-law, he had a son, he kept asking give me afim [opium], mix it in water and I will take it.

My jeth killed his mother, his sister, his wife, his daughter, and his uncle. My daughter was also killed. We went into the morcha inside the village, we all left our houses and collected together in the centre of the village, inside the sardaran di haveli, where there was also a well. It was Lajjawanti's house. The sardar, her husband, had died sometime ago, but his wife and other women of the house were there. Some children also. They all came out. Then we all talked and said we don't want to become Musalmaan, we would rather die. So everyone was given a bit of afim, they were told, you keep this with you…I went upstairs, and when I came down there was my husband, my jeth's son, my jethani, her daughters, my jeth, my grandsons, three granddaughters. They were all killed so that they would not fall into the hands of Musalmaans. One girl from our village, she had gone off with the Musalmaans. She was quite beautiful, and everyone got worried that if one has gone, they will take all our girls away…so it was then that they decided to kill the girls. My jeth, his name is Harbans Singh, he killed his wife, his daughter, his son…he was small, only eight days old. Then my sister-in-law was killed, her son and her daughter, and then on the 14th of March we came to Jhelum. The vehicles came and took us, and we stayed there for about a month and then we came to Delhi.

These were not riots but deliberately organised military campaigns. Long before the disturbances broke out secret meetings were held in mosques under the leadership of Syed Akbar Khan … ex-MLA, Capt. Lal Khan of Kahuta, Tehsildar and Police Sub-Inspector Kahuta, Maulvi Abdul Rehman and Kala Khan MLA, in which jihad… was proclaimed against the minorities and emissaries were sent out to collect volunteers from the rural areas…. The armed crowds which attacked Kahuta, Thoa Khalsa, and Nara etc. were led by ex-military men on horseback… armed with Tommy guns, pistols, rifles, hand grenades, hatchets, petrol tins and even carried field glasses.

First of all minorities were disarmed with the help of the local police and by giving assurances on oaths on the Holy Quran of peaceful intentions. After this had been done, the helpless and unarmed minorities were attacked. On their resistance having collapsed, lock-breakers and looters came into action with their transport corps of mules, donkeys and camels. Then came the ‘Mujahideens’ with tins of petrol and kerosene oil and set fire to the looted shops and houses. Then there were Maulvis… with barbers to convert who somehow or other escaped slaughter and rape. The barbers shaved the hair and beards and circumcised the victims. Maulvis … performed forcible marriage ceremonies. After this came the looters, including women and men.

Mohammad Ali Jinnah never condemned these atrocities and not a single statement was made by the Muslim League denouncing the ethnic cleansing of Hindus and Sikhs in Rawalpindi. And during the discussions between Jinnah and the Sikh representative, the Maharaja of Patiala, on 19th May 1947, in which Jinnah was pleading with the Sikhs to join Pakistan in order to prevent Punjab's partition, the notion that the Sikhs would entertain the idea of joining Pakistan after what the Muslims did to them in Rawalpindi was out of the question.

The events in August saw the armed Sikh jathas going berserk on the Muslims in east Punjab to avenge the killings in west Punjab. Revenge and counter revenge created its own vicious cycle in the summer months of 1947.

At the end of the violence in Rawalpindi, about 8,000 to 10,000 Sikhs and Hindus were slaughtered in the district. The official announcement of the intent to create a separate Muslim state of Pakistan was still months away but this one event had sown the seeds of a permanent fissure between Hindus/Sikhs and Muslims in Punjab. Punjab at the time was still governed by the British, but the writing was on the wall that the British wanted to get out of India as soon as possible. There was no law and order in Punjab and everyone was left to fend for themselves.

Capturing the moments of India 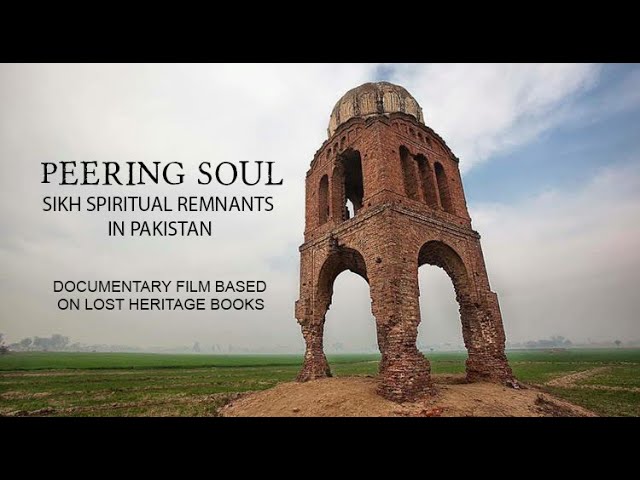